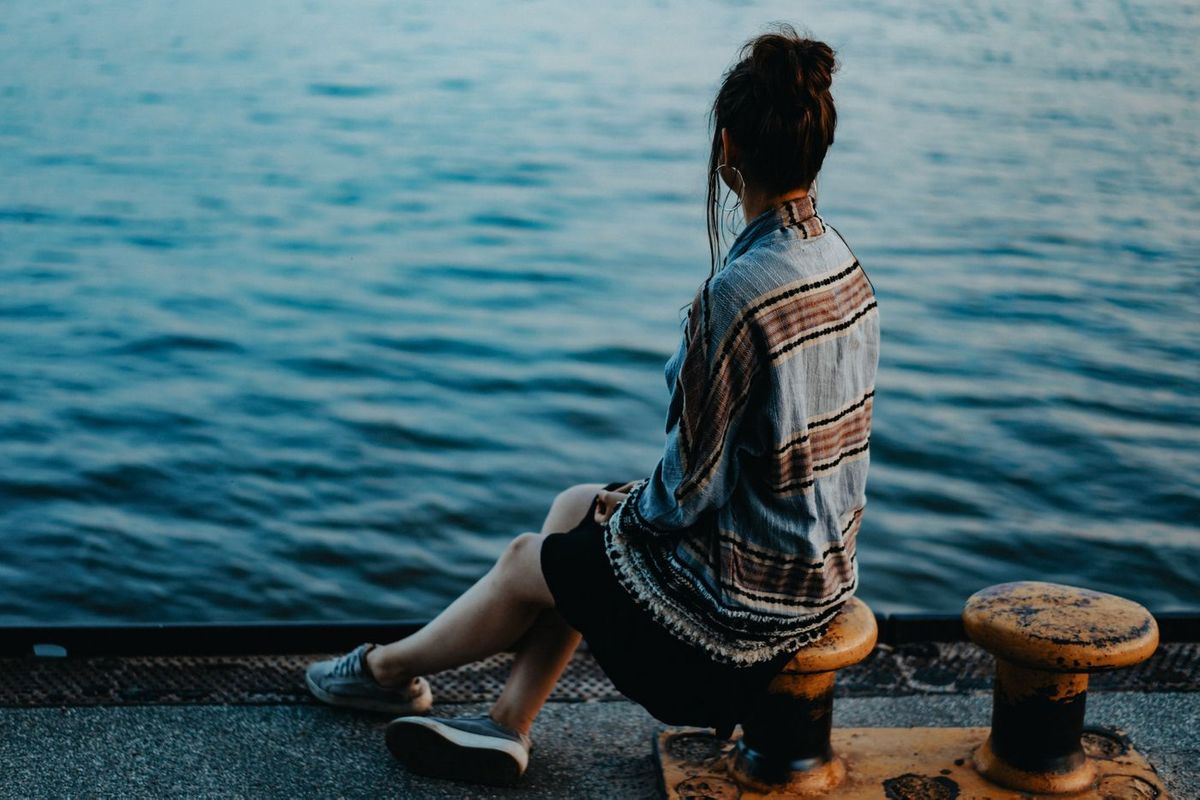 How I Fixed that "Stuck" Feeling

As moms, feeling stuck is a pretty normal and relatable feeling. We are all on our own little islands in our homes, longing for something that we sometimes can't even pinpoint. We know it has something to do with depth, meaning, connection, and to simply feel fully alive!

I remember feeling stranded when my first child was born. People would come to visit, and I even had family in town, but I still felt lonely, trapped, and depressed. It's crazy how much I'd look forward to walking to the mailboxes to just be out of the spit up and baby crying zone for just a minute, in hopes that some magical piece of mail would lift my mood! Don't get me wrong, I loved those early days with all three of my babies, but they were hormonally, emotionally, physically, and mentally hard.

Because I was depressed, I couldn't see out of the fog enough to know what I needed, and I'd sit and sit and sit all day long. I'd go for walks here and there, but my mind and body needed more than I could muster.

Fast forward to eight years later: I can now say that depression and I have become more acquainted over the years, as I've unwittingly dipped into its familiar pot due to birthing babies, losing one baby, marital issues, life issues, you name it! Once a person is introduced to depression, it can more easily sneak its way back into life without warning. I've failed to mention that I've had anxiety since I was a kid. Truly, I've never not known anxiety. I'm not ashamed to admit this, because there's really no one to blame here, and especially not ourselves. Some of us seem to have anxiety and depression weaved into our DNA, and if you're one of those somebodies, you are definitely not alone. There are millions of women who suffer, all too often silently, with these issues every, single day.

I've often found myself feeling stuck, staring at the same walls, in t-shirts way past their prime and pajama pants that said goodbye to their elasticity years prior, eating any form of sugar and fat I could forage for a quick rush of serotonin, searching for a must-watch Hulu show that will justify my stagnancy, all while the littles loudly parade in circles around me, adding to the mess and chaos that is my house at warp speed. How do they destroy a clean room so dang fast? And why is it their life goal? I actually believed this is what "self-care" dreams are made of. I thought all of these things I was doing would make me feel better. Sometimes they really do, but the sugar and tv shows only work for so long.

However, the longing I mentioned earlier, it's always been there. I've longed to move my body more, to be more active, to be "one of those people" who exercises and cares for their physical health. I've always admired people who are fit and strong, but never truly believed I could actually be one of them. I didn't give myself enough credit, didn't believe I could measure up, or that I was capable/motivated enough to stick with it. I'd, of course, heard it could help to alleviate anxiety and depression, but never exercised consistently enough to believe it. I have a couple of friends who had urged me to join them in their workouts, but I was too busy lounging and eating cake.

I finally caved to my friends' suggestions to try Fit4Mom this year, and kicked off my membership with the eight week Body Back program. It was like freaking medicine to my soul. I fit right in, and didn't feel weak or how I feared I'd feel for so long. Working out consistently wasn't as bad as I'd imagined, and in fact, was so incredibly rewarding. I found that I felt so alive and just overall happy after a workout, and that feeling stayed with me for hours and days. I found that I was capable of doing really hard things, sticking with those hard things, and actually becoming ripped. Okay, so I'm not actually ripped, but someday, someday. #goals #onepacktosixpack

I not only feel stronger physically, but mentally. The coaches and the other participants are so encouraging, and really helped me to find a place of strength and perseverance that I never even knew existed inside of me. I believe if I'd known how advantageous exercising would have been when I was going through such dark times (especially exercising with women in the same life-stage as I), I could've possibly had brighter days. It's all part of my story, and I honestly wouldn't change a thing. I've learned that it's never too late to take care of yourself.

I'm sincerely grateful to have been introduced to such a life-giving program. The village of Fit4Mom women I've gotten to know over the last few weeks has greatly enriched my life. I can now proudly say, I'll never not work out, but I'll definitely still binge-watch Hulu in very ugly pajama pants.

Photo by Daniel Schaffer on Unsplash